Fly fishing on the Cherokee Reservation in NC is a beautiful experience. Friends fro 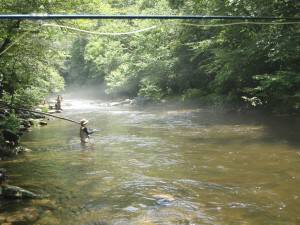 m SC, GA & LA joined up for a day of casting and reeling. We’re training for a trip to Yosemite in July. I used Palmers, caterpillars, little bitty things (obviously I’m a novice!), imperial beadheads…sadly, no luck on my end. However, Hugh caught 4 rainbow trout. While standing and musing, a hearty member of Cherokee’s tribal river keepers walked up and dumped a large container of 12″ rainbows right by my side.  Of course, the line tangled in my enthusiasm…ah, the ones that got away! I’m impressed with the waters of the upper Oconoluftee, the cleanliness of the public pull-offs (they have river keepers picking up trash), $7 a day pass is not expensive and no NC license needed since you are in Cherokee waters.

Seattle’s enormous perennial and decorative shrub collections stun me each time I visit gardens there. My host was Nita Jo Rountree, who has an incredible perennial collection of the very most choice plants. What a connoisseur! As a momento, I purchased a stunning dogwood, Cornus kousa ‘Akatsuki‘, with leaves clearly banded in brilliant white and purple fall color from 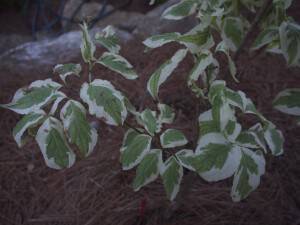 Gossler Farms Nursery. I’m a sucker for variegated dogwoods. Standing 4 feet high in its bucket, once removed, I wrapped it in recycled host-basket cellophane, made it into a circle and stuffed it into my diminuitive Orvis flyfishing roll-aboard. It is now in the ground in Cashiers, NC at our office grounds, “The Barn on Blindside”, happy as a lark, not having missed a beat.
Other  finds were a Uvularia sessilifolia ‘Albostriata’ (a gentle infiltrator) from Far Resches Farm Nursery,  Aconitum ‘Bressingham Spire’ (a july-aug bloomer 3′ tall compact), annual Salvia patiens (gentian sage) with hugh blue flowers, Symphytum x uplandicum ‘Axminster Gold’ (variegated comfrey best for semi-shade to preserve foliage color), Penstemon ‘lost tagicum’ (my newest mystery plant!).

Herb Society of Nashville’s annual meeting featured new and old friends from over the US! Mary Palmer lectured on Timeless Landscape Design to a packed and happy audience of 350 at the Vanderbiilt Plaza Hotel. A native of Nashville (6th generation), Mp became a member of the Herb Society while in high school, or at least went to the meetings at a very tender age! Now a Rosemary Circle member (25 yrs membership) for over a decade, MP received her first scholarship from the HSA while a botanist at Cheek Botanical Gardens in Nashville in 1976.

This launched her career as a landscape architect when she attended Louisiana State University and began her thesis 2 years later on “The Early English Kitchen Garden: 800-1800 AD”, pub 1981. Still in print, the little blue book sold out as did Timeless Landscape Design. (see image of early distillery in medieval kitchen garden)
The introducer, HSA president  held up the two volumes to the crowd and said ..” These two books describe Mary Palmer Dargan’s evolution as a writer, botanist and landscape architect for over three decades”. While at the meeting, MP purchased a first edition of Bernard M’ Mahon’s The American Gardener’s Calender, 1806, Philadelphia, the first book on gardening published in America and an influential text in her research. Bookseller, Kevin T. Ransom of Amherst, NY had a fantastic display and Mp found a copy of the Picayune Creole Cookbook, New Orleans 6th ed, 1901-1922 with original painted cover.
The conference held

Needless to say, Mp blew all her book sales proceeds on this one book! What a way to remember a conference!! 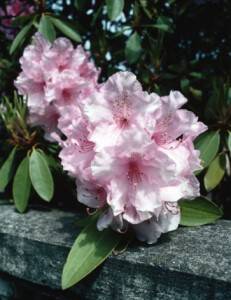 Lectures to garden clubs are some of my favorite venues! Today, it is the Carolina Foothills GC, a member of Garden Club of America located in Greenville, SC. I love this group. It made the Reedy River project come together thru their active community work and it was awarded many prizes including best by America Society of Landscape Architects. I’m both a GCA member and in ASLA, so very proud of them. We’ll be talking about Lifelong Landscape Design tomorrow, how does it work , what do you do to plan WAYYYY ahead for your lifelong home. You are probably already in it if you are aged 61. Many valuable tips from organization of parts, access, easy gardening, plants and healing garden design. 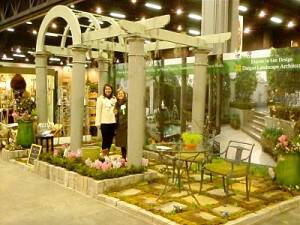